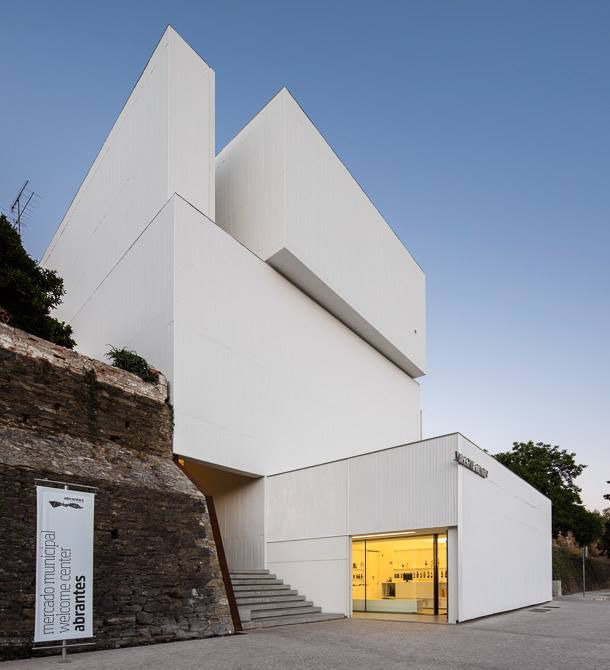 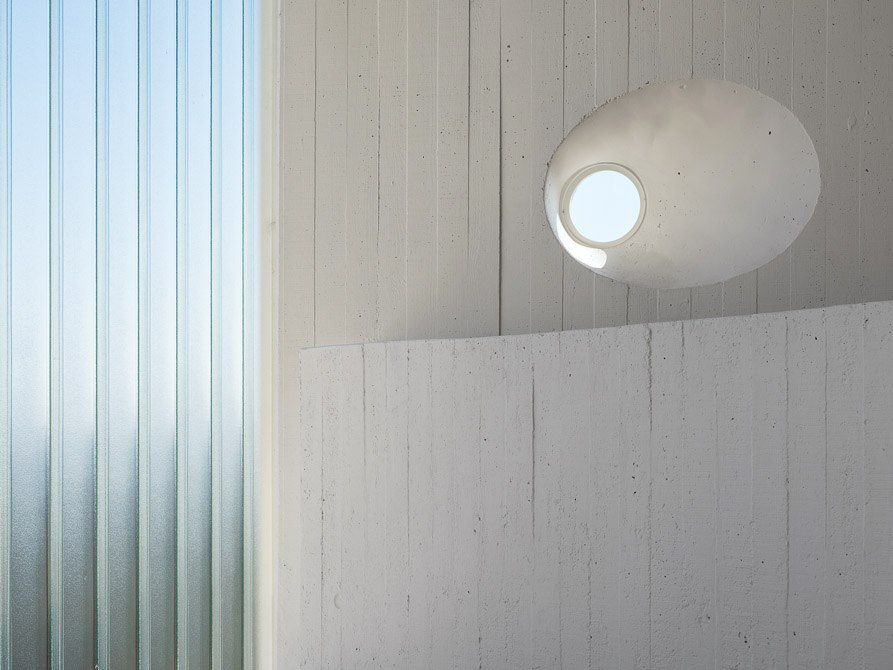 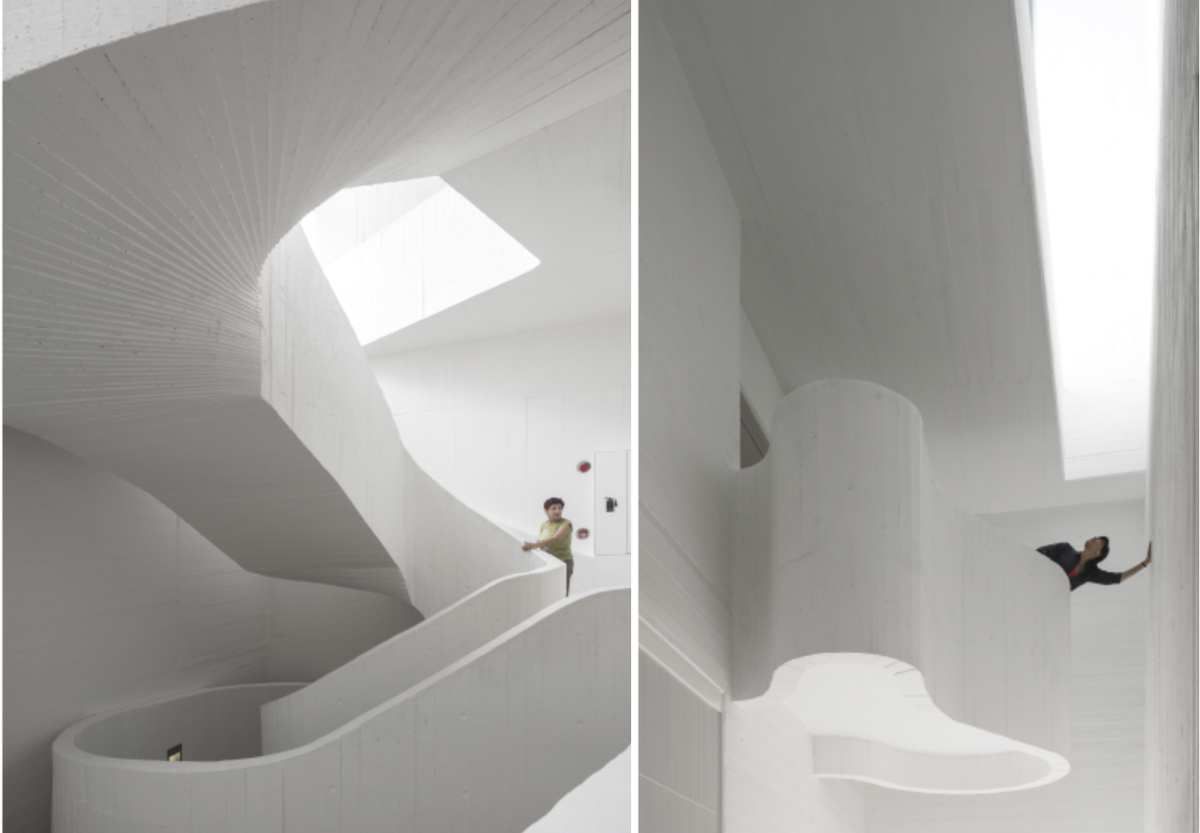 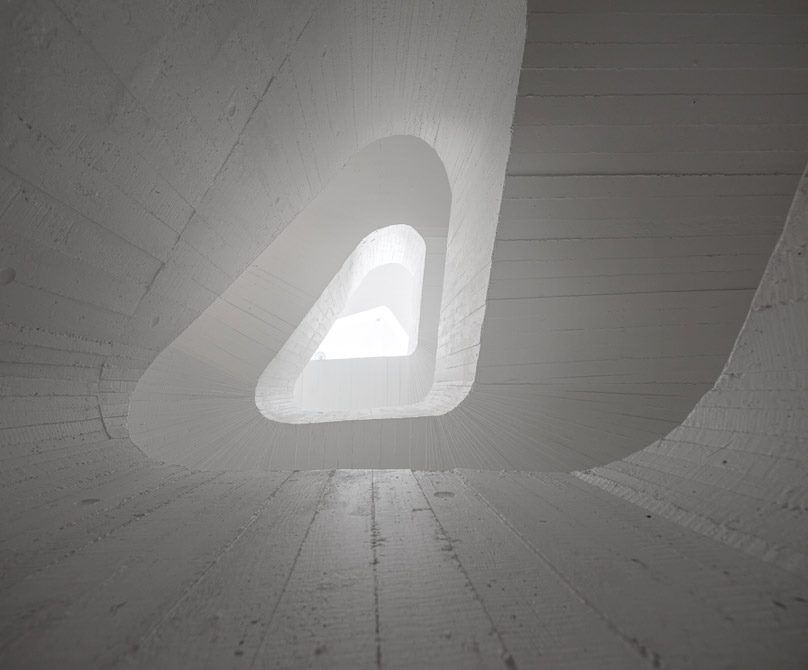 "The Abrantes Municipal Market is located in the transition to the historical center, where the Rodoviária do Tejo's workshops once were, so badly in ruins that demolition was recommended. It is an urban lot between two streets, each at a different height: at the bottom (to the west) we have the Largo do Tribunal (Court Square); at the top to the east, the N. Sra da Conceição street. It is an extraordinarily narrow lot for the program at hand, and this feature has ultimately determined the design project. The program stated the importance of connecting these two streets, thus creating an upwards route to the Museu Ibérico de Arqueologia e Arte (Iberian Museum of Archeology and Art), intended to be built in the S. Domingos Convent at the highest city level. Moreover, a closer analysis of the place revealed the need to consider the impact of this new building among the surrounding dwellings, diverse in architecture quality and construction dates, but also considerably smaller when seen from the west.

Typology-wise, a market is a building where the concept of public space is taken to the limit. Still present in so many cultures, the market takes place on the streets, and sellers do their businesses in carts, makeshift stands and tents, making the market place and the city space merge or coincide. The new Abrantes Market is at once building and street. One can cut across, going from one street to the other, either through the stairway opened at the northern edge, or wandering between the stands and the spiral staircase located at the southern edge. Deep down, it is basically a street, shaped with walls and covered by a white-washed shell of exposed concrete. On the top of the building two volumes capture the sunlight that flows to the lower floors through openings in the slabs at each level, softly lighting all spaces, highlighting the concrete's texture and exposing the passing of the hours." (c) Arx Portugal architects. 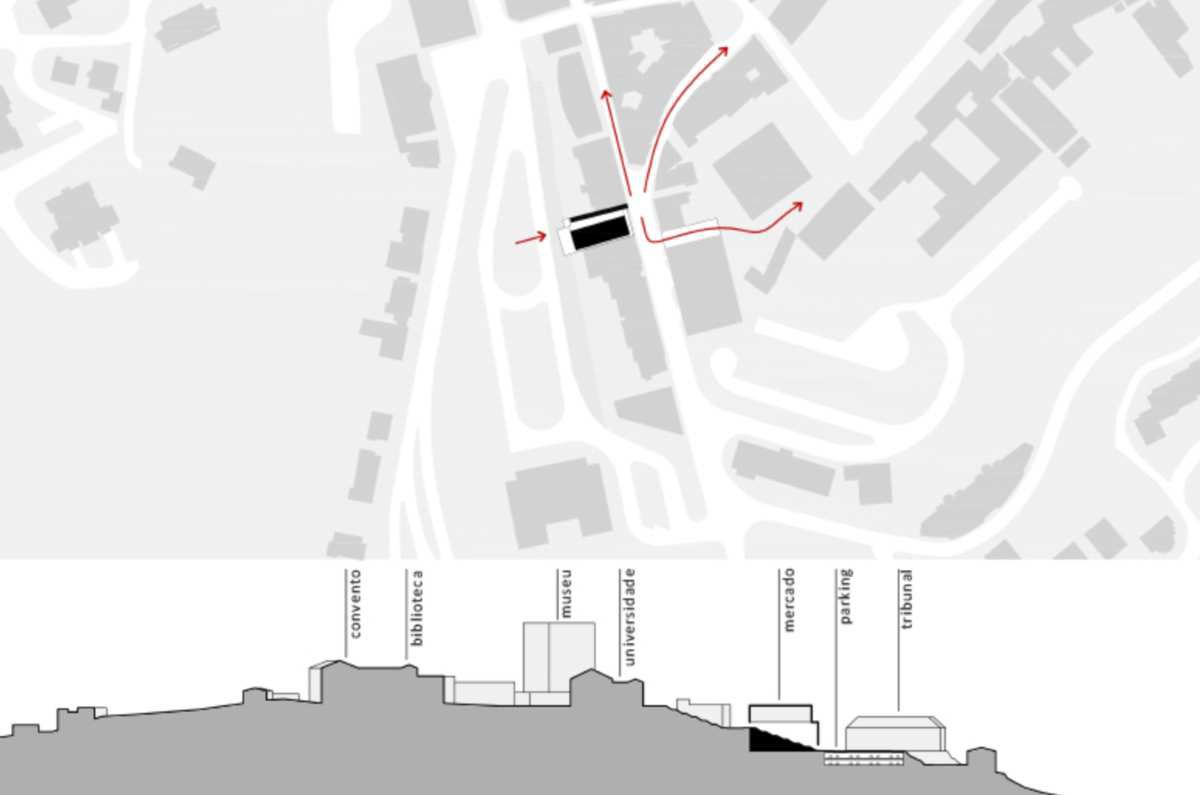 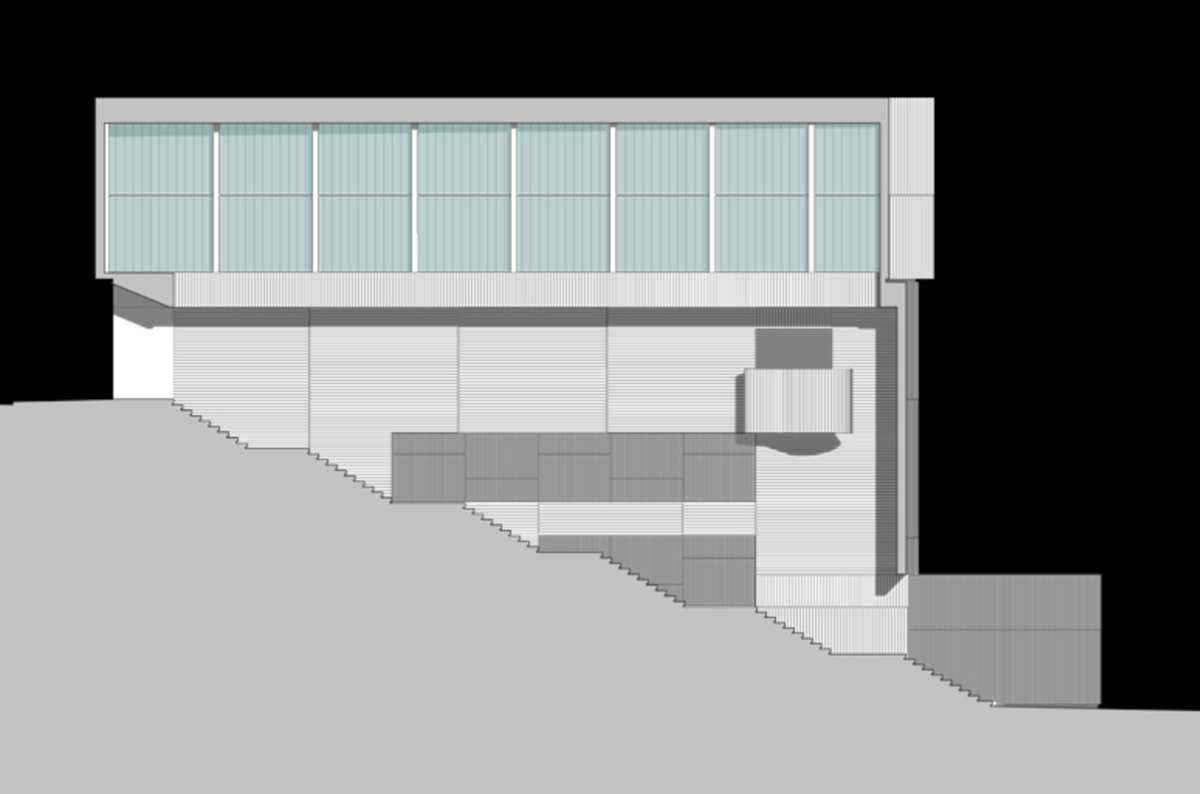