Private House in Braços_Parada do Monte, Melgaço ( North of Portugal ) by the architect Nuno Brandão Costa.

"The house to be extended, a very small rural stone building, formerly inhabited by a family of 11 members, fits into the rough terrain of a large plot of land in Melgaço, in the interior of Minho, in Northern Portugal. The powerful landscape and the character of the existing ruin suggested an extension to the house like a timeless construction, with no defined boundaries, but limited by the local materials. The extension to the house, which accommodates the lounge and three bedrooms, is an underground body which lets in natural light through the opening of a courtyard to the east, cut out from the land, and the west extension of the original façade: a granite wall made of stones from another local building since demolished. The small house contains the dining and cooking areas on two floors, connected by an interior staircase against the north façade. To complete domestic life, three small bodies are built which are independent of the main construction in terms of volume: To the east, a concrete canopy for car parking and protection and to store firewood, and a glazed body for a small kitchen garden, and to the west a swimming pool, enclosed by a dressed stone wall to accommodate the tank. The house has two distinct sides in shape and function: To the east, the organic arrangement of the bodies and walls built into the terrain, and their routine function, confer a homely informality on the construction. To the west, the relationship between the façades and the swimming pool tank creates an organic setting which eludes the period of each building and stabilises the relationship between the house and the landscape." The Architect / Nuno Brandao Costa 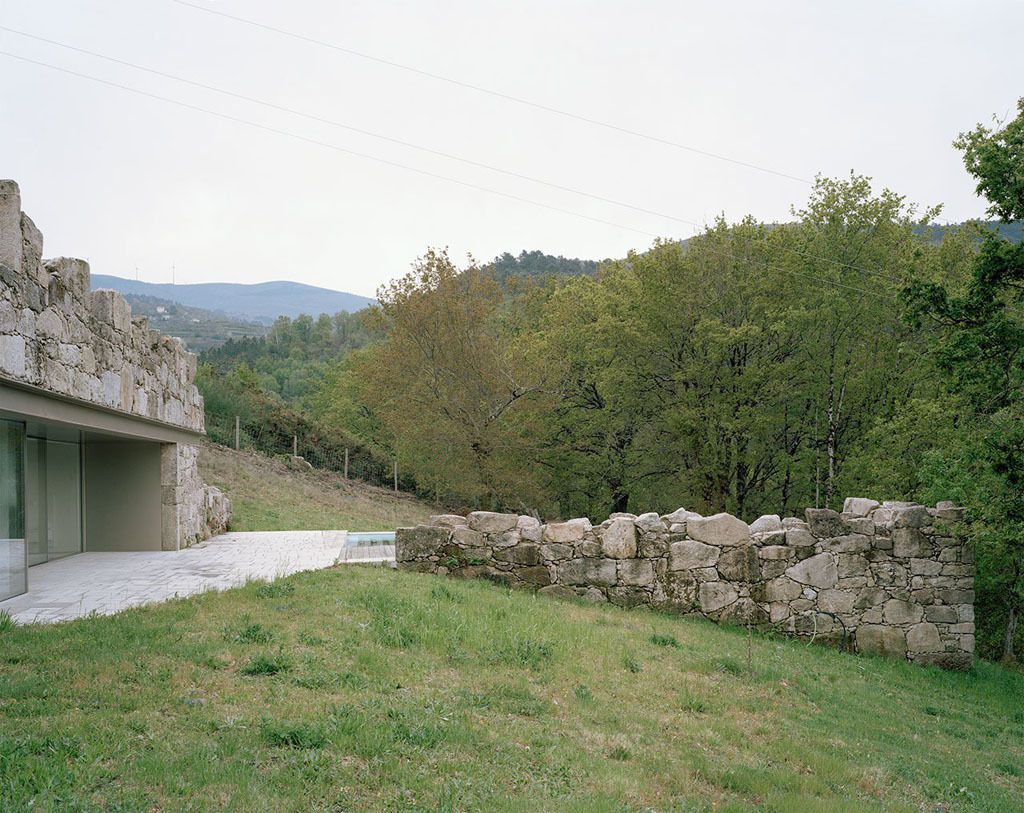 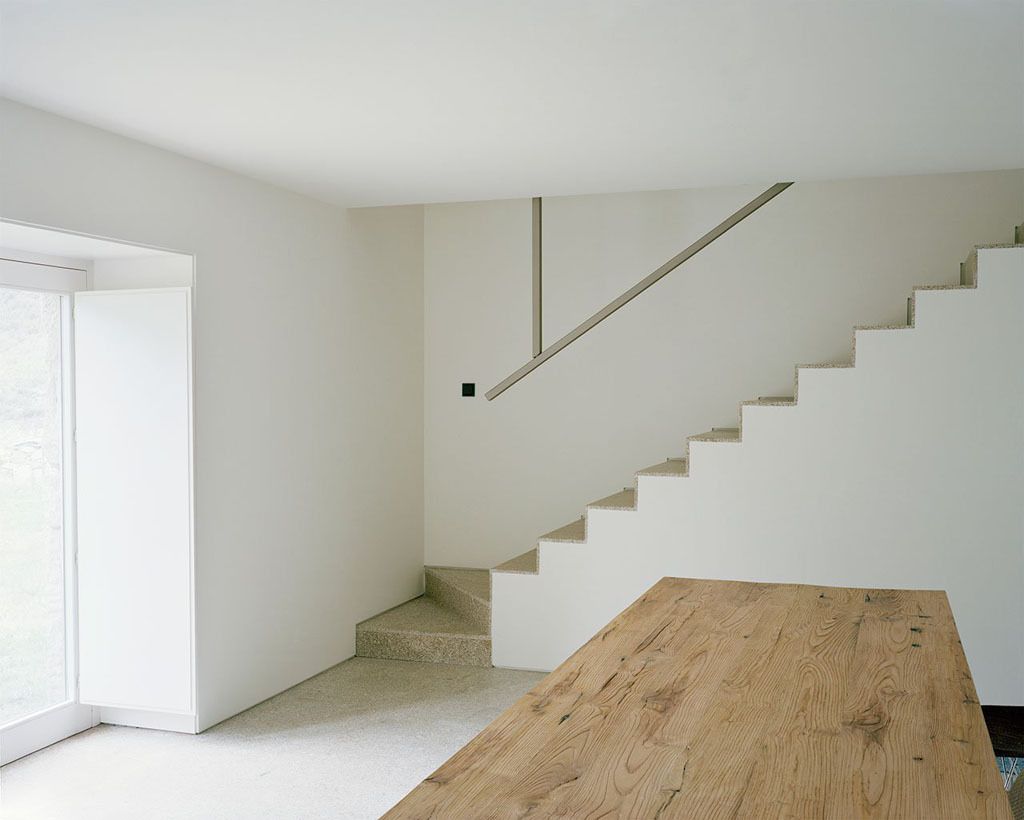 When a ruin becomes a house full of history and the memory of the sequelae of the past in the Minho Region, in North Portugal. Minho has substantial Celtic influences and shares many cultural traits with neighbouring Galicia in Spain. The region was part of the Roman Province and early medieval Kingdom of Gallaecia. Historical remains of Celtic Minho include Briteiros Iron Age Hillfort, the largest Gallaecian native stronghold in the Entre Douro e Minho region, in North Portugal.

The construction and in this case the rehab of this house respects the way to mount dry stone walls, very characteristic of the region like that one finds in the "brandas", or old villages of shepherds. You have for example in Parada do Monte, the "Branda de Covelo" and The "Branda do Mourim". These old villages ( brandas )  become now holiday spaces, as a second house for the natives of Parada do Monte or the region. A very subtle work by the architect Nuno Brandao Costa, respectful of the history and the existing building and at the same time very contemporary and modern with the articulation of the spaces.

More pictures of the construction phase,  just below. 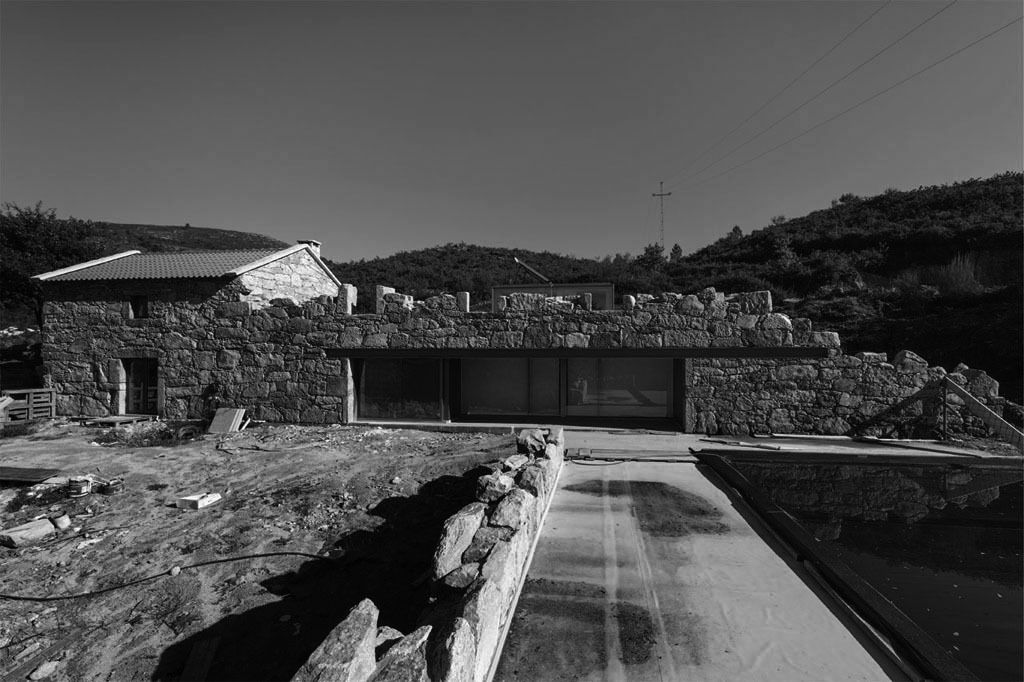 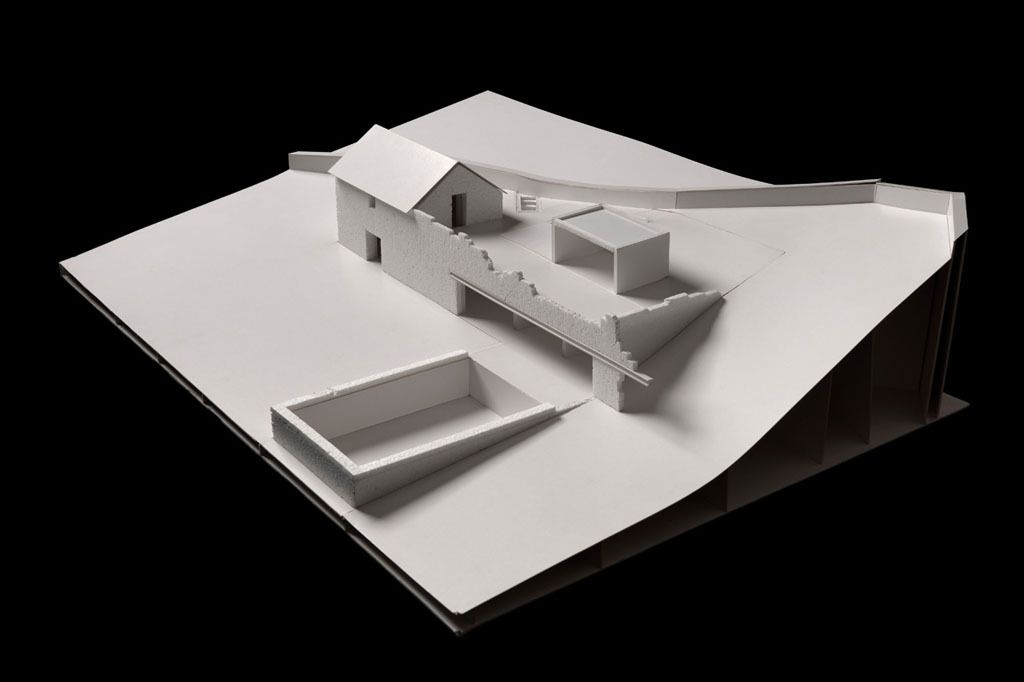