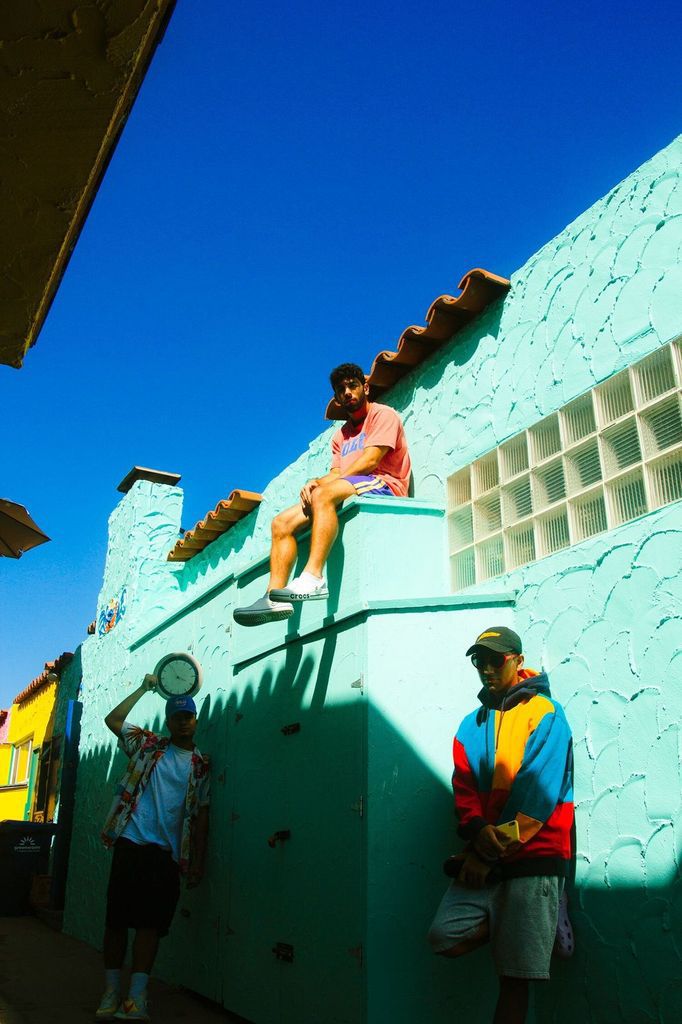 Bay Area collective Peach Tree Rascals return with their fourth single of the year “Mango." While the group steers through the sonic waters of alt-jazz, funk, pop, hip-hop, and R&B, they’re truly unbound by any genre. “Mango” is the idyllic representation of genre-less music as the five-piece unit has crafted a polished, multi-layered effort brimming with feel-good melodies. Still, underneath its enticing sonic accents is a sentimental exploration of the polarity between stark reality and aspiring dreams. Press play and enjoy the track just below .

Peach Tree Rascals’ DIY approach of integrating multiple genres has given the group crossover appeal, which humbly began in 2018 in their hometown of San Jose, California. Since the release of their debut single “Glide,” the unit has released 10 more singles accumulating in over 11 million streams to date.

Peach Tree Rascals is comprised of producer/mixer Dominic "Dom" Pizano, rappers-singers Issac Pech, Tarrek Abdel-Khaliq, Joseph Barros, and creative director Jorge Olazaba. The five-piece collective first met in high school in the Bay Area. Issac, a solo rapper at the time, wanted to expand his horizons and started collaborating with Tarrek, Dom and Joseph. Jorge rounds out the group, taking the lead on photos and music videos that help amplify Peach Tree Rascals' cross-genre appeal. Many of the Rascals are second generation Americans with parents who immigrated from Mexico, Philippines, and Palestine. That immigrant mentality comes through in the way they approach the project and their work ethic. For the guys, Peach Tree Rascals is their extended family, and they've self-funded the project through various jobs including working at Red Lobster and their local print shop.