British/Colombian designer Esteban Cortazar spent his formative years growing up in Miami’s South Beach during the early 1990s. In the summer of 1999, a chance encounter with the late Kal Ruttenstein,Bloomingdale's influential fashion director, would play a pivotal role in launching Cortazar’s career. “He invited me to his office to show him mysketches and brought me along with him to the shows in New York,” says Cortazar of Ruttenstein, who in 2002 featured the designer’s debut collection in the windows of Bloomingdale’s flagship store. “It was a big moment for me, and I will always remember what Kal did that day,” adds Cortazar, who at 18 became the youngest designer to show during New York Fashion Week. He soon attracted the attention of other noted retailers such as Neiman Marcus and Henri Bendel, as well as the support of Vogue, ELLE and WWD. “I’ve always been inspired by my heritage, especially living in Miami at a time when Latin music, art and design were making an impact on mainstream culture,” notes Cortazar, who in 2006 was inducted into the Council of Fashion Designers of America.

In 2007, at the age of 23, Cortazar moved to Paris to become the creative director of the house of Emanuel Ungaro. “I was lucky to have worked in the couture atelier with many of the same seamstresses who had been with Mr. Ungaro, which made the experience all the more magical,” recalls Cortazar, who received critical acclaim during his tenure at the house before his departure in 2009, when he decided to remain in Paris to concentrate on his own line. “There is something about Paris that challenges one intellectually, and it was here that I matured as a designer and learnt to refine my craft.”

Over the next seven years Cortazar worked quietly in Paris to build a unique vision for his house; one fusing his Latin heritage with a distinctly modern and feminine approach to dressing. “I wanted to create luxurious clothes that speak to cosmopolitan women around the world. It is a very personal vision; one that empowers women by making them feel beautiful and seductive at any age,” notes the designer, who re-launched his label in 2012 with his Spring/Summer capsule collection for Net-a-Porter. The success of this unique collaboration led to a second collection for the online luxury retailer for Fall/Winter 2014, one that inspired Cortazar to rethink the way he presents his line to both retailers and the press. “I’m interested in exploring the future of fashion, and I decided to make my collections available in stores shortly after presenting them,” explains the designer who continues to grow his brand thanks to the financial backing of London-based MH Holding. “This investment not only gives us the opportunity to pursue worldwide distribution, but to also build a unique fashion house here in Paris composed of a talented team of creative individuals who are part of the Esteban Cortazar family.” 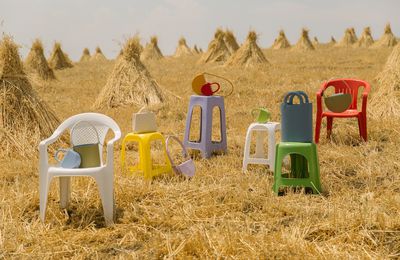