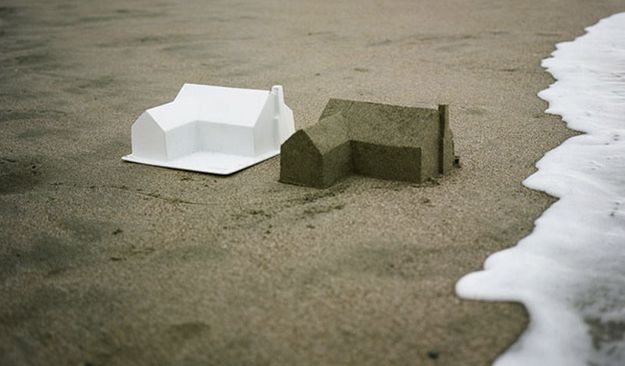 Studio Chad Wright is the laboratory of designer Chad Wright. Whether designing furniture, lighting, products or installations, the studio’s goal is to synthesize ideas with objects, poetics with relevance and product with person. A native Californian, Wright worked at some of San Francisco’s leading design studios before striking out on his own in 2011. http://studiochadwright.com/

« I was raised in Orange County—a sprawling suburb of Southern California built by disciples of Levittown. We lived in a tract house, a symbol of the American Dream, just like our neighbors. Dad, a realtor, and mom, a preschool teacher, met while working at JCPenneys in 1970. We spent our summers in Breezy Point, New York, at the yellow beach bungalow that my grandma Stella bought with war bonds, unknown to grandpa who was stationed in Iwo Jima soon after they eloped. As children, my big brother Christopher and I would build cities in the sand, beneath the bungalow’s slatted porch floorboards.
In a series titled Master Plan, I am conflating a child’s sandcastle with architecture typifying postwar American suburbia. This three-part series culls artifacts from my childhood, investigating suburbia in its vision and legacy. Phase One focuses on the mass-produced tract house, re-examining it as symbol for the model American Dream. » 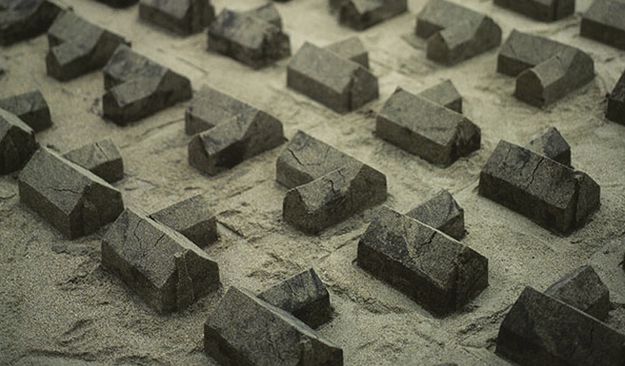