In Longyearbyen, Svalbard, 78° north of the Earth’s equator, Snøhetta has designed a visitor center for Arctic preservation storage called The Arc, referencing its location in the Arctic and its function as an archive for world memory. Commissioned by Arctic Memory AS, the visitor center will showcase content from the Svalbard Global Seed Vault – the world's largest secure seed storage, and the Arctic World Archive – a vault that aims to preserve the world's digital heritage. In collaboration with the Norwegian Natural History Museum, the visitor center will further provide its audience with insights into how the Svalbard Archipelago's unique geology has transformed over millions of years.

The architecture divides the visitor center into two separate volumes; the entrance building and the exhibition building. The entrance building contains visitor functions such as lobby, ticketing, wardrobe and a café, as well as production facilities for the Arctic World Archive and technical rooms. A structural frame of cross laminated timber in combination with stiffening wall discs in solid wood forms a rectangular building volume that rests on pile foundations in the bedrock. The building is suspended off the ground to prevent heating of permafrost and accumulation of snow. The entrance building is clad with burnt wood and dark glass panels, while the interiors consist of exposed wood elements. Roof areas are designed to accommodate solar panels for harvesting solar energy.

Access to the exhibition building occurs across a glass access bridge, which is used to organize visitors into smaller groups. On the access bridge one is exposed to the surroundings and can experience from a single vantage point the towering geological formations to the south, the spectacular views to the north and the exterior of the exhibition building. The contrasting volumes are designed to give visitors the experience of going from a familiar entrance into a real vault inside the permafrost of Svalbard.
Inside the dramatic vertical vault of the exhibition building forms a powerful digital archive where both permanent and temporary exhibits are experienced first-hand. From floorboards at the ground level visitors can visually retrieve what is stored inside the Arctic World Archive and the Svalbard Global Seed Vault. Content stored in these vaults currently spans from Edvard Munch’s art collection and the Vatican’s 1 500-year-old manuscripts, to film clips of the Brazilian football player Pelé and the largest collection of the World’s seeds. The Vault is kept at 4° Celsius and has muted lighting to further amplify the experience of being inside one of the real vaults. The vaults’ content can be experienced through projections on the walls, managed by touch screens, VR experiences and other physical and digital exhibit elements, developed in close collaboration with the storytelling agency Tellart.

At the heart of the Vault lies the Ceremony room, a conditioned auditorium that can be used both for digital projections, deposit ceremonies for the vaults, lectures and talks, as well as for individual contemplation and reflection. The core of the ceremony room has a bright wood interior, in contrast to the dark wood trim on the outer shell. The centerpiece of the ceremony room is a large deciduous tree representing the vegetation that has previously grown on Svalbard, where leaf fossils of both ancient trees (Metaseqoia and Ginko) and more well-known deciduous trees have been found dated back more than 200 million years. Elm, Birch, Lime, Chestnut and many other broadleaf species grew on Svalbard 56 million years ago when the temperature was 5-8° Celsius higher. At the current rate of carbon emissions, temperatures could rise high enough for a forest to grow again on Svalbard within only 150-200 years. The tree in the ceremony room is both a symbol of the past and a call to action – a living icon for global warming and our responsibility to preserve the Arctic, and all of nature, for future generations.

The Arc aims to educate visitors and inspire innovative preservation solutions for the world’s food and digital resources. It further emphasizes the value of the unique climatic and political stability one finds beyond the Arctic Circle, in the permafrost of Svalbard, serving as a reminder of how we should take care of the world’s resources for future generations to come.   >  snohetta.com 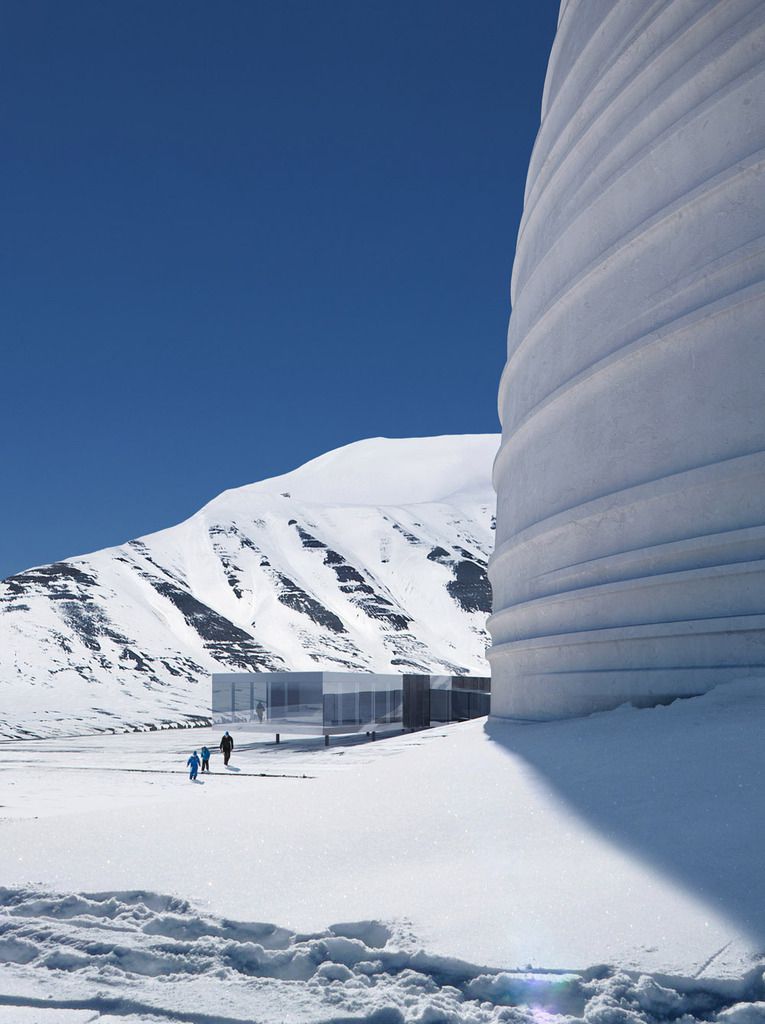 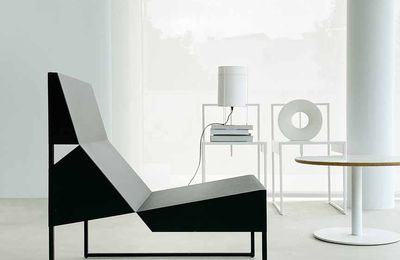