BERLIN MEMORIAL TO THE MURDERED JEWS OF EUROPE BY EISENMAN ARCHITECTS 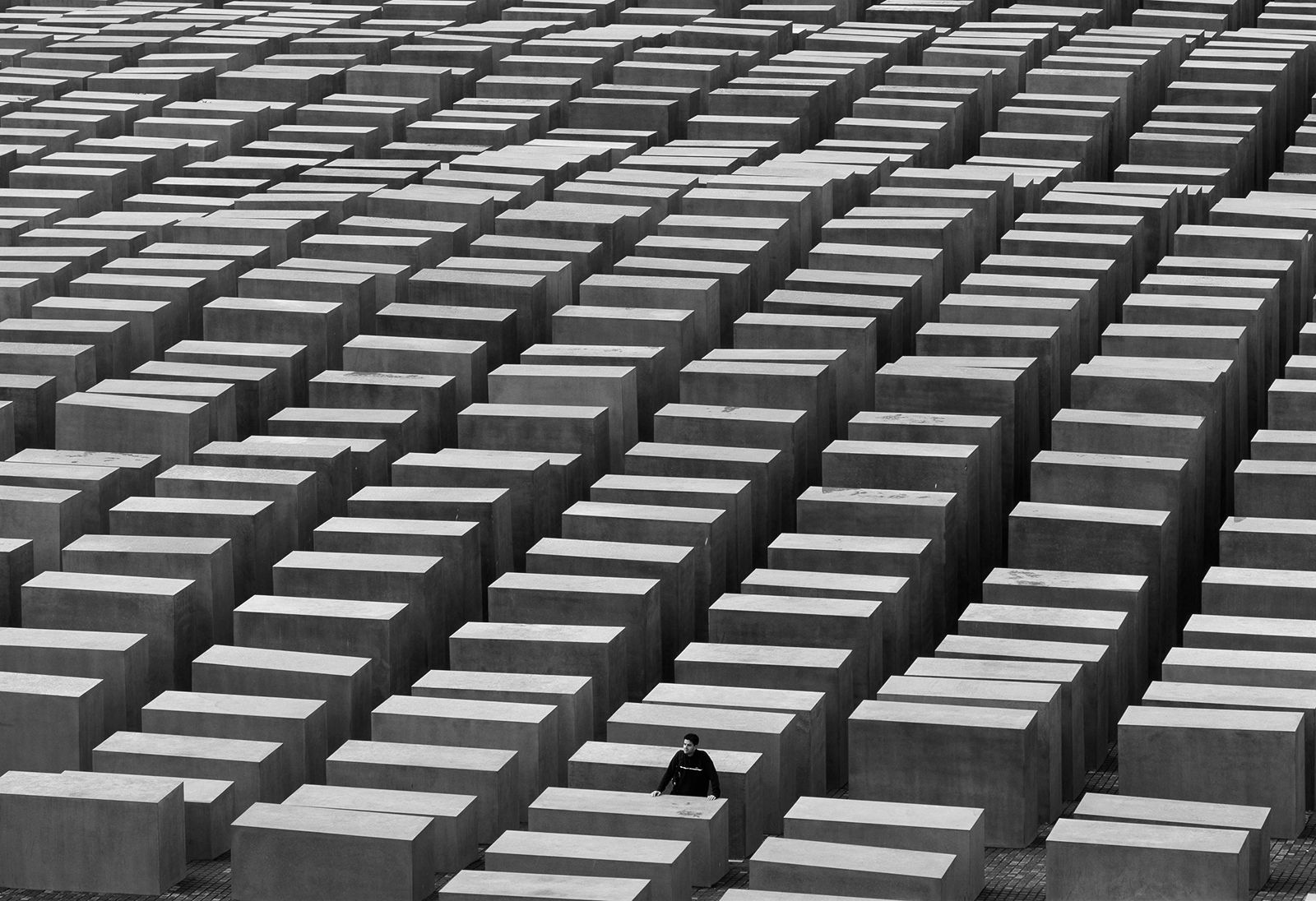 "This project manifests the instability inherent in what seems to be a system, here a rational grid, and its potential for dissolution in time. It suggests that when a supposedly rational and ordered system grows too large and out of proportion to its intended purpose, it loses touch with human reason. It then begins to reveal the innate disturbances and potential for chaos in all systems of apparent order.

The design begins from a rigid grid structure composed of 2,711 concrete pillars, or stelae, each 95 centimeters wide and 2.375 meters long, with heights varing from zero to 4 meters. The pillars are spaced 95 centimeters apart to allow only for individual passage through the grid. Each plane is determined by the intersections of the voids of the pillar grid and the gridlines of the larger context of Berlin. A slippage in the grid structure occurs, causing indeterminate spaces to develop. These spaces condense, narrow, and deepen to provide a multilayered experience from any point.

Remaining intact, however, is the idea that the pillars extend between two undulating grids. The way these two systems interact describes a zone of instability between them. These instabilities, or irregularities, are superimposed on both the topography of the site and on the top plane of the field of concrete pillars. A perceptual and conceptual divergence between the topography of the ground and the top plane of the stelae is thus created. It denotes a difference in time. The monument’s registration of this difference makes for a place of loss and contemplation, elements of memory." The Architect Project: Memorial to the Murdered Jews of Europe